Producing world class polarised sunglasses requires hours on the water and some helpful partnerships to help us do it. Testing new lenses among some amazing scenery, in some of the toughest conditions on earth is just one way we ensure our Mako polarised sunglasses are the best in the world. 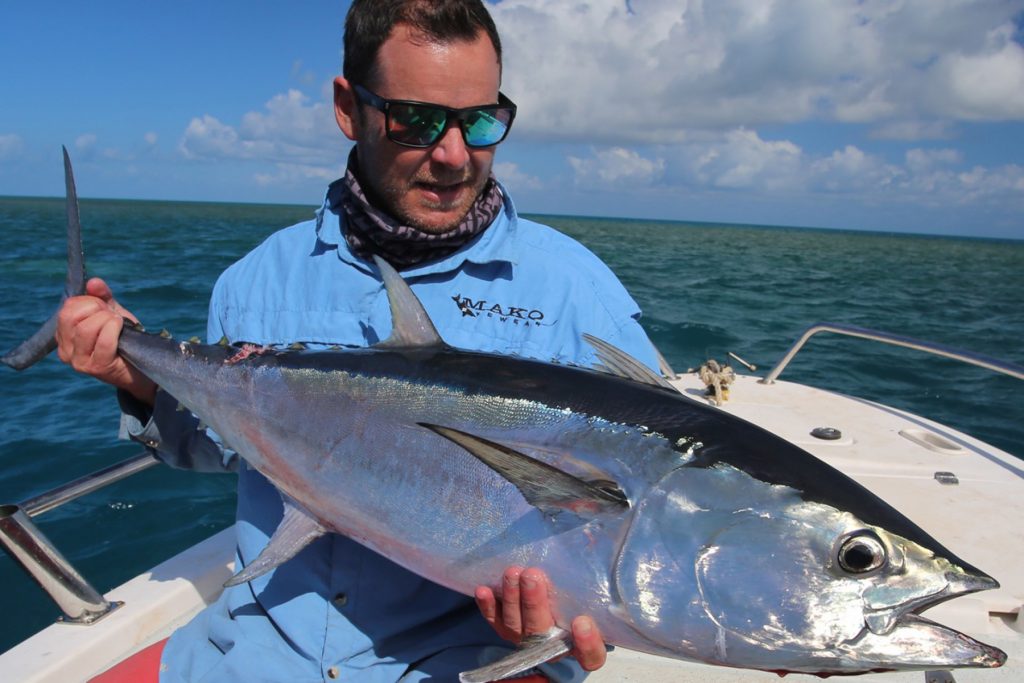 The allure of some quality fishing and the chance to catch up with CY Charter’s operator, Hamish Macmillan was the perfect opportunity and plans were made to fly up from Sydney in the space of a few weeks. Ahead of us lay some of the most beautiful scenery and fishing Australia has to offer as well as one of the most stunning sunsets I’ve witnessed and of course some ales around an unnecessary fire but hey, it adds to the atmosphere. 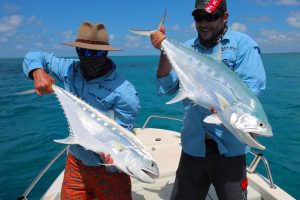 Our arrival was timed well with some slight car issues (broken suspension courtesy of the unrelenting road surfaces) but with that issue dealt with it was off to the local for our first of many XXXX cans while waiting for the tide to rise enough to get to Albany Island. As usual, Hamish regaled us with tales of the island life which covered crazy chefs to five day weight loss strategies as well as large crocodiles and even the quality of the dirt in the local area.

Getting across to the island includes a short trip across the channel in a punt, affectionately called Barge-Arse. It provides a quite amazing ride with all the creature comforts you’d expect from a Punt, endless spray, no seats and a wet floor. That aside we arrived safely and set about getting our equipment ready for the early start the next day, which incidentally never happened due to the tides. 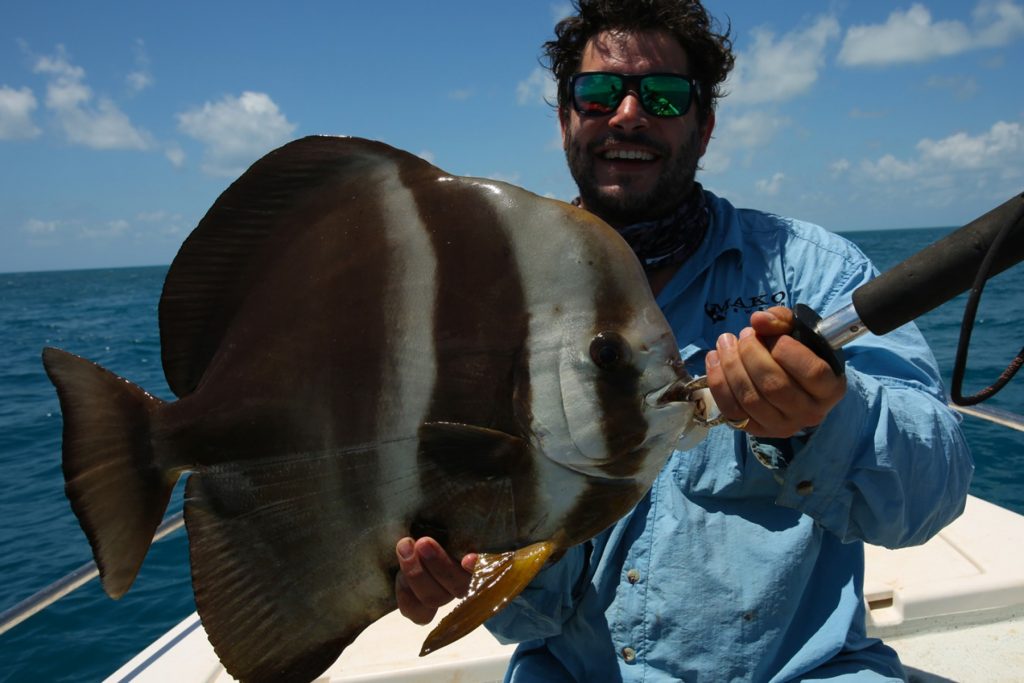 As we eagerly awaited the incoming tide, we set about grabbing as many test pairs of sunglasses as we could and worked out our plan. The first stop was light jigging on a series of reefs as the tide pushed in which resulted in a brace of small trevally and even a tusk fish. Dan selected a G3SX lens while I chose the G1HR6 which is a brown lens base with a blue mirror and is exceptionally comfortable over long periods on open water. 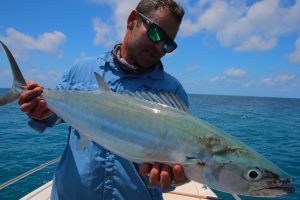 Sight casting over shallow reef is different and you really want to see what is under the surface. The G2H5 lens proved invaluable in spotting likely looking reef edges. Starting with lenses you know well provides a good platform to test new lens formulations and the ever changing conditions and the fact you’re spending hours on the water at a time really allows you to test the qualities of polarised eyewear across a decent time span. it also really shows the need for different lenses and the differences between them.

Over the course of the trip we managed GTs, coral trout, tusk fish, mackerel, queenfish, longtail, a variety of emporer and even a batfish (they actually fight hard). Perhaps the most hilarious (or heartbreaking depending on who you were) scene was when Dan hooked up to what we assume was a GT and in the process of fighting the fish, snapped his rod between the feet of the first guide. I stumbled about in laughter as he proceeded to get pulled all over the boat while fighting the fish with less than half a fishing rod. Eventually he got smashed but he put up a good tussle. Meanwhile Hamish quietly landed his fish with no fuss. 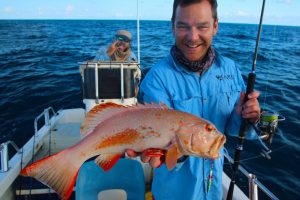 Over the space of our 5 day hit and run mission, we landed a bunch of quality fish, but it’s the company from Hamish and Celine to the chef and other helpers that really make this location. The staff are amazing and second to none when it comes to ensuring you are well catered for during your visit. To check them out visit www.cyfishingcharters.com.au